Without quarantine, this is how this country fights Covid-19 3:16

(CNN) – Sweden has revealed that despite more relaxed measures to control the coronavirusBy the end of April, only 7.3% of people in Stockholm had developed the antibodies needed to fight the disease.

The figure, which the Swedish public health authority has confirmed to CNN, is more or less similar to that of other countries which have data well below the 70 to 90% necessary to create “collective immunity” in a population .

This comes after the country has adopted a very different strategy to stop the spread of the coronavirus from that of other countries by imposing very slight restrictions on daily life.

Sweden’s chief epidemiologist Anders Tegnell said the number was “slightly lower” than expected “but not significantly lower, perhaps one or two percent”.

“It fits pretty well with the models we have,” he added at a press conference in Stockholm.

LOOK: Sweden refuses to order internment, unlike its European neighbors

The study by the Swedish Public Health Agency aims to determine the potential collective immunity of the population, based on 1,118 tests carried out in a week. Your goal is to perform the same number of tests every seven days over an eight-week period. Results from other regions will be released later, said a spokesperson for the Public Health Authority. 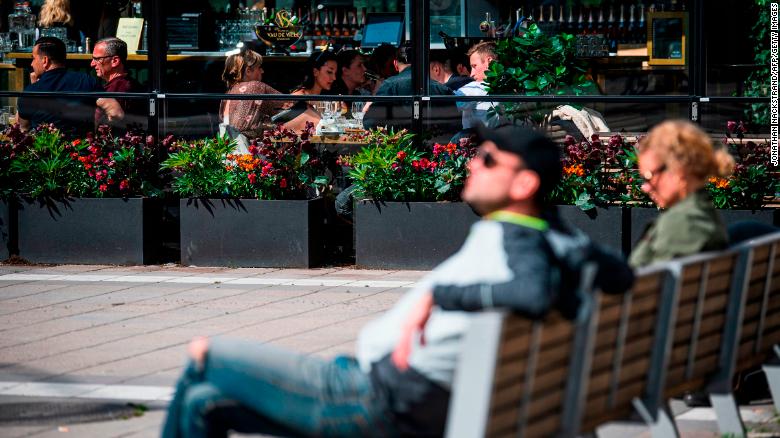 The country has not imposed containment restrictions and most restaurants, bars and shops remain open.

Sweden adopted a different strategy from that of other Nordic countries during the pandemic, avoiding confinement and keeping most schools, restaurants, hairdressers and bars open. However, he asked people to refrain from long trips, emphasizing personal responsibility.

The strategy was criticized from the start by Swedish researchers, who said that trying to create collective immunity had little support. But the authorities denied that achieving immunity was their goal.

Collective immunity is achieved when the majority of a given population (70 to 90%) becomes immune to an infectious disease, either because they have become infected and recovered, or by vaccination. When this happens, the disease is less likely to spread to people who are not immune, because there are simply not enough infectious carriers to reach them.

No community has accomplished this, and a vaccine “will immunize us faster than infection,” said Michael Mina, assistant professor of epidemiology at Har Chan’s TH Chan School of Public Health, in a recent interview with The World of Public Radio International. . 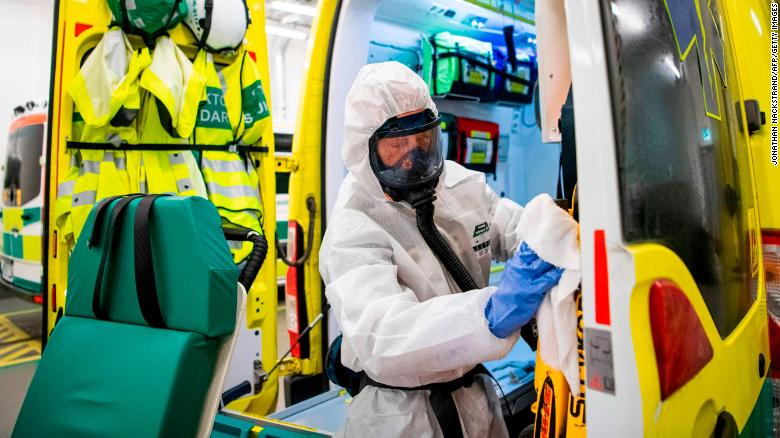 A medical worker cleans and disinfects an ambulance after dropping off a patient at the ICU in Stockholm on May 13.

LILY: What is collective immunity and why for some would end the coronavirus pandemic?

The percentage of people with antibodies in Sweden is not far from that of other countries that have imposed confinements. In Spain, 5% of people had developed antibodies to the coronavirus before May 14, according to preliminary results of an epidemiological study carried out by the government.

According to Martin Kuba, an official region of Jihocesky in the Czech Republic who conducted a randomized randomized coronavirus test among general people and front-line workers, initial results showed that the proportion of people who had the disease was instead of “a fraction of a percentage”.

Michael Osterholm, Director of the Center for Research and Politics infectious diseases from the University of Minnesota earlier this month on CNN tonight with Don Lemon estimated that between 5% and 15% of people in United States have been infected.

He said the coronavirus would circulate and infect at least 60% to 70% of the population before the speed slows down, but warned that the country had “a long way to go” to reach a level of collective immunity. A report he wrote in collaboration with other epidemiologists and a historian estimated that it would probably take between 18 and 24 months.

LOOK: Greta Thunberg says she had symptoms of coronavirus, but failed to get tested in Sweden

When asked if he would be comfortable with evidence-based immunity passports from his business, Swiss pharmaceutical company CEO Roche Severin Schwan told CNN Julia Chatterley: “I think we are in a world of great ambiguity, and We also have to make decisions about incomplete information. So I think this is valuable information, but we should not trust it entirely. “

On April 24, chief epidemiologist Tegnell told BBC radio that authorities believed that Stockholm had “a level of immunity … between 15 and 20 percent of the population”.

He said the strategy had “worked in some ways … because our health system was able to cope. There have always been at least 20% empty intensive care beds capable of serving patients. Covid-19. “

When asked if Sweden’s approach would help him withstand a possible second wave, Tegnell replied that he thought so.

“It will certainly affect the reproductive rate and slow the spread,” he said, but added that achieving “collective immunity” is not enough.

But Swedish Foreign Minister Ann Linde and Peter Lindgren, director general of the Swedish Institute for Health Economics (IHE), said last month that they had failed to avoid large numbers of death in nursing homes.

Sweden has 32,172 cases and 3,871 deaths, according to figures from Johns Hopkins University.

NOTICE | How can I make sure I’m not raising the next Amy Cooper?

Death of George Floyd: contempt and fire in Minneapolis during demonstrations

View all posts by admin →